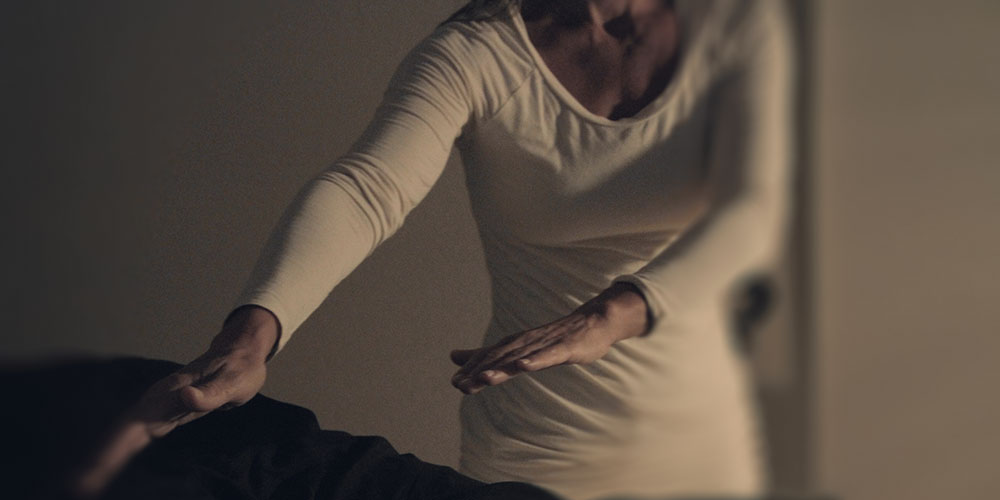 Reiki (pronounced Ray-Key) is a unique touch healing method and means universal life energy.
Reiki originated in Japan at the end of the 19th century and it is since practised all over the world. Reiki means: universal (-rei) and life energy (-ki).
It is a system of energy healing, using spirituallity guided unversal life force energy and it is a also a useful tool for self-awareness and transformation.

Reiki takes effect on all levels, body, mind, spirit and soul. By stimulating the body’s natural healing ability at the deepest level, it removes physical and emotional blockages that may have been causing illness or upset for some time.

Many different ailments can be cured or relieved by the healing energy. Problems such as headaches, back ache and stress-related illness, chronic illnesses, such as arthritis or asthma all respond well to energy treatment. Most times repeated treatments need to be required for an improvement to be seen.

REIKI stimulates the natural self-healing process
REIKI vitalizes body and soul
REIKI restores the souls harmony and the mind’s well-being
REIKI it takes effect on all levels including body, emotions,
mind and spirit
REIKI balances the energy
REIKI resolves energy blockades and stimulates relaxation
REIKI has a detoxicating effect
REIKI adopts naturally and individuality to the needs of
the recipient
REIKI it also can be used for animals and plants
REIKI it is a very pleasant holistic healing method

I’m placing my hands on or near your body in a series of hand positions. The client remains fully clothed.

THE HISTORY OF REIKI

Dr. Mikao Usui, or Usui Sensei as he is called by his students in Japan, is the founder of the Usui System of Reiki. He was born August 15, 1865 in the village of Yago in the Yamagata district of Gifu prefecture, Japan. Usui Sensei had an avid interest in learning and worked hard at his studies. He traveled to Europe and China to further his education. His curriculum included medicine, psychology, and religion. It is thought that he was from a wealthy family, as in Japan only the wealthy could afford to send their children to school. Eventually he became the secretary to Pei Gotoushin, head of the department of health and welfare who later became the Mayor of Tokyo. The connections Usui Sensei made at this job helped him to become a successful businessman. He ended up spontaneously receiving Reiki during a a mystical experience on Mt. Kurama. In 1914 Usui’s personal and business life was failing. As a sensitive spiritualist, Usui Sensei had spent much time meditating at power spots on Mt. Kurama. So he decided to travel to this holy mountain, where he enrolled in Isyu Guo, a twenty-one-day training course. We do not know for certain what he was required to do during this training, but it is likely that fasting, meditation, chanting and prayers were part of the practice. In addition, we know there is a small waterfall on Mt. Kurama where even today people go to meditate. This meditation involves standing under the waterfall and allowing the waters to strike and flow over the top of the head, a practice which is said to activate the crown chakra. Japanese Reiki Masters think that Usui Sensei may have used this meditation as part of his practice. In any case, it was during the Isyu Guo training that the great Reiki energy entered his crown chakra. This greatly enhanced his healing abilities and he realized he had received a wonderful new gift – the ability to give healing to others without depleting his own energy!

Please refer to Reiki, The Healing Touch, by William Lee Rand for a detailed description of Reiki and how Dr. Usui rediscovered it.

Dr. Hayashi was a retired naval officer. He received the Reiki Master initiation from Dr. Usui about 1925 at the age of 47.

Up to this point, the Usui system of healing consisted of the energy itself, the symbols, the attunement process and the Reiki ideals. This was what Dr. Usui had received during his mystical experience on Mt. Kurama. Dr. Hayashi went on to develop the Usui system of healing. He opened a Reiki clinic in Tokyo and kept detailed records of the treatments given. He used this information to create the standard hand positions, the system of three degrees and their initiation procedures.

Reiki comes to the West. Hawayo Takata was born at dawn on December 24th, 1900, on the island of Kauai, Hawaii. Her parents were Japanese immigrants and her father worked in the sugar cane fields. She worked very hard as she was growing up. She eventually married the bookkeeper of the plantation where she was employed. His name was Saichi Takata and they had two daughters. In October of 1930, Saichi died at the age of thirty-four leaving Mrs. Takata to raise their two children.
In order to provide for her family, she had to work very hard with little rest. After five years she developed severe abdominal pain, a lung condition and had a nervous breakdown. Soon after this, one of her sisters died and it was the responsibility of Hawayo to travel to Japan where her parents had moved to deliver the news. She also felt she could receive help for her health in Japan. She took a steamship and was accompanied by her sister-in-law. After informing her parents of the death of her sister, she entered a hospital. It was found that she had a tumor, gallstones and appendicitis. After resting several weeks, she was ready for the needed operation.

On the operating table, just before the surgery was to begin, Hawayo heard a voice. The voice said, „The operation is not necessary. The operation is not necessary.“ She had never heard a voice speak to her like this before. She wondered what it meant. The voice repeated the message a third time even louder. She knew she was wide awake and had not imagined the voice. It was so unusual, yet so compelling that she decided to ask the doctor. She got off the operating table, wrapped a sheet around herself and asked to speak to the doctor.

When the doctor finally came, she asked if he knew of any other way that her problems could be helped. The doctor knew of Dr. Hayashi’s Reiki clinic and told Hawayo about it. This was something she wanted to try. At the Reiki clinic, she began receiving treatments. She had never heard of Reiki before and did not know what it was. Using their Reiki hands the practitioners could sense what was wrong with Mrs. Takata. Their diagnosis very closely matched the doctor’s at the hospital. This impressed her and gave her confidence in what they were doing. Two Reiki practitioners would treat her each day. The heat from their hands was so strong that she thought they were using some kind of equipment. She looked around, but saw none. Seeing the large sleeves of the Japanese kimono one of the practitioners was wearing, she thought she had found the location of the equipment. She grabbed the sleeves, but found nothing. The startled practitioner wanted to know what she was doing and when she explained, he began to laugh. Then he told her about Reiki and how it worked.

Mrs. Takata received daily treatments and got progressively better. In four months, she was completely healed. Impressed with the results, she wanted to learn Reiki. However, it was explained that Reiki was Japanese and that it was intended to stay in Japan. It could not be taught to an outsider.

Mrs. Takata talked to the surgeon at the hospital and convinced him to ask Dr. Hayashi to allow her to learn Reiki. Since Dr. Hayashi wanted to teach Reiki to another woman besides his wife, and since Mrs. Takata was so persistent, he decided that she should be the one. In the Spring of 1936, Mrs. Takata received First Degree Reiki. She worked with Dr. Hayashi for one year and then received Second Degree Reiki.

Just for today, do not anger.
Honor your parents, teachers, and elders.
Earn your living honestly.
Show gratitude to everything. 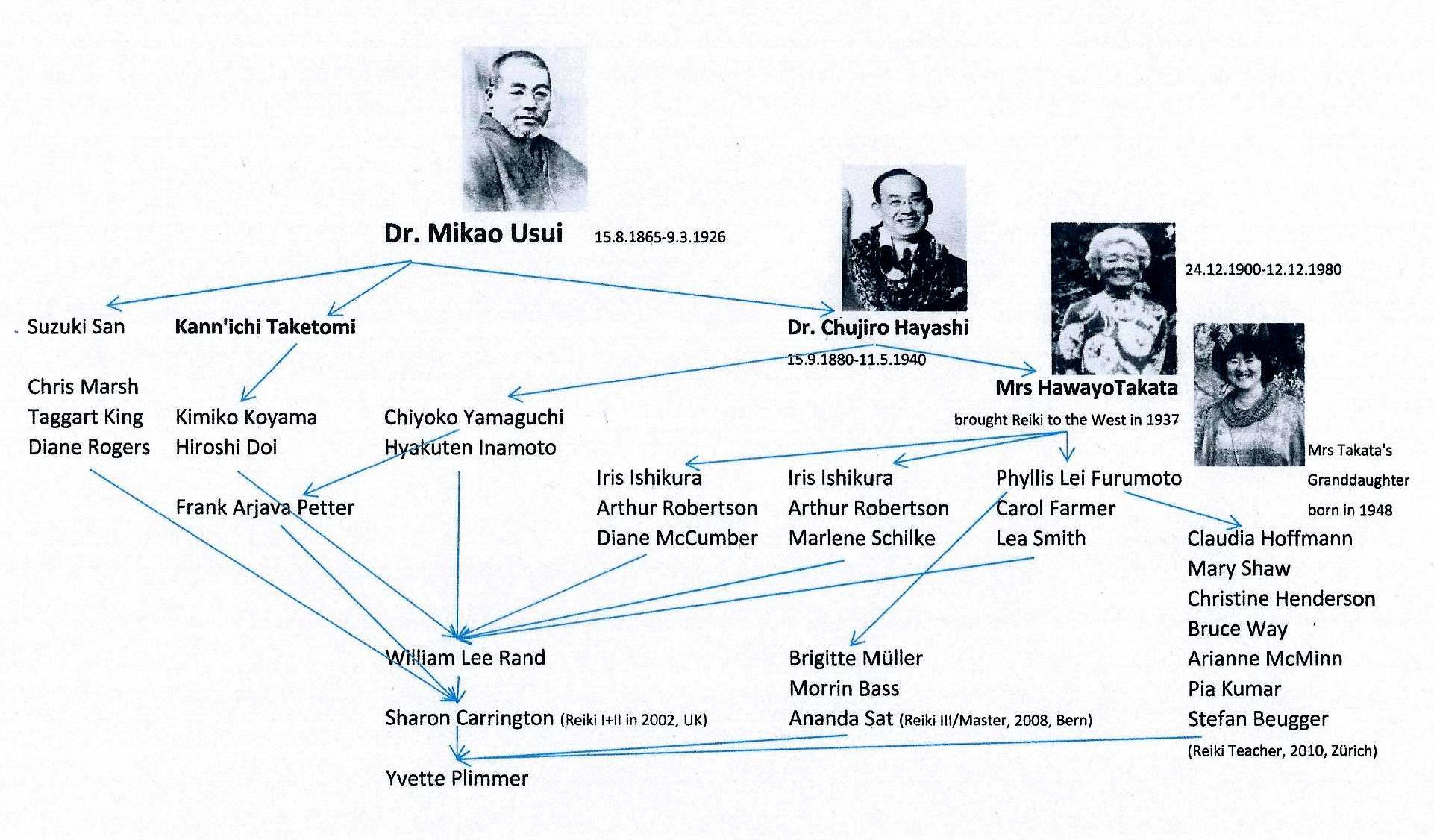 My very direct line(s) back to Mikao Usui

If you book all courses together you’ll receive a discount of 10%!

With your registration you decide to have a Reiki treatment or to attend the seminar.

We not only move sustainable, fresh, ethical and environmentally conscious products, we also move people.
We are building a consumer network of consciously consuming people in order to contribute to a better world.

Are you ready to actively participate in a green vision?

With us you have the chance to be part of a company that has been operating successfully on the market for 25 years. A market that is very trendy today.

Would you like to know more about how to get there?
I look forward to advising you and looking forward to hearing from you!

We are the only FRESH provider in Europe. Fresh skin care and whole food supplements as well as Natural power for both amateur and professional athletes. 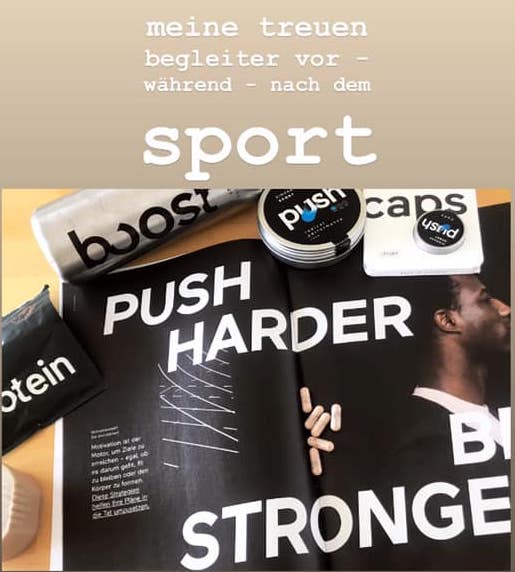 Special offers & sets
See RINGANA’s current special promotions and offers here
SAMPLES A taste of freshness
The RINGANA trial-size products are the ideal way of discovering our fresh skin care. They fit into any handbag but their effect will show you how big they really are!
Supplements
Your organism deserves only the very best. RINGANA Supplements are perfectly coordinated bioactive combinations of nutrients in highly concentrated form
Fresh skin care
RINGANA’s unique care products combine fresh nature and highly antioxidant ingredients with concentrated effect
Meal replacement
RINGANA COMPLETE is a complete, compact and time-saving meal that provides your body with all the essential nutrients
53 unisex products from Austria, also delivered to the UK, Europe & HongKong
free from any synthetic chemicals, no preservatives, no GMOs, no animal testing 🐰.. you can see the benefits right away
Prevention is better than cure – a very well used saying – but how many are really putting their attention on prevention?
Synthetic chemical free body care – often forgotten when looking after ourselves.
A high amount of what goes on the skin finds its way into the blood stream.
Skin and body care products which are toxin free and „food state“ make the perfect addition to a healthy holistic home environment for the whole family.
🌿 vegan

Unique in the world! 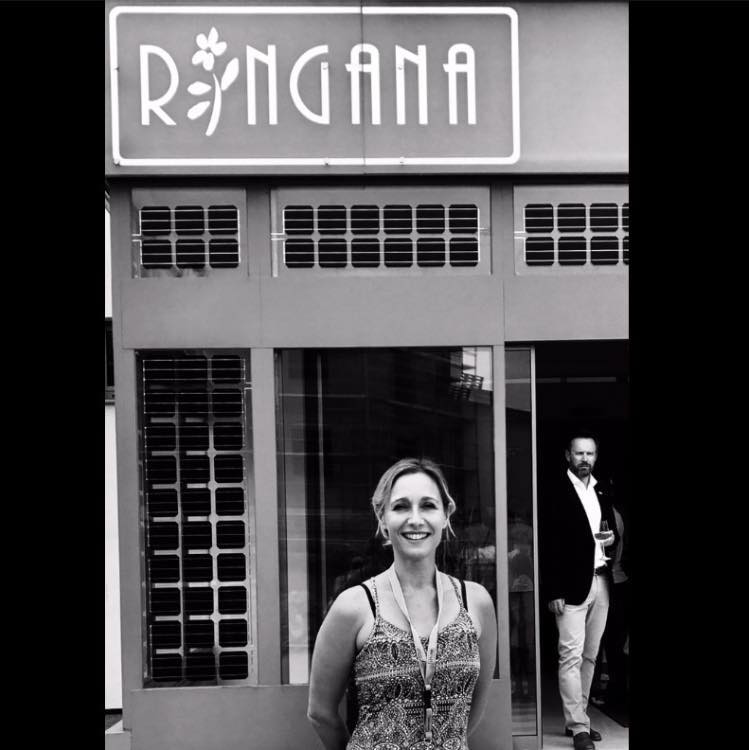